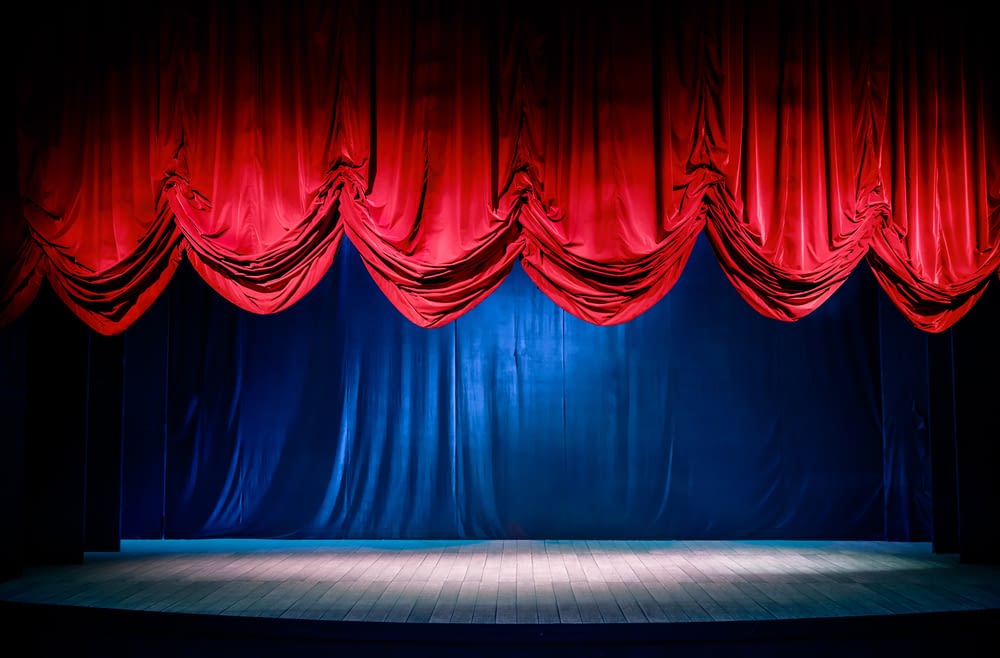 Winter is the prime season to go to the shows—theatre, opera, dance, cinema—take what you like! One of the best things about The Lofts Pier Village condos for sale in Long Branch is their close proximity to a breathtaking range of spectacular shows. And the 2019-2020 season is gearing up to be an absolute delight!

If you relish going to the shows as much as we do, then check out some of the attractions on offer near the Pier Village condos for sale in Long Branch.

Any visit to The Metropolitan Opera House in New York City is guaranteed to be quite simply a stunning experience. And it never gets old. The venue itself is arresting, with grand halls, chandeliers, and a truly grand stage. This is one of the premiere opera houses in the world and is an experience in itself. The stage sets are truly transportive, created on a massive scale and the costumes are to die for.

And, of course, the singing steals the show. It is thrilling to let the music wash over your soul and be awed by the lung power of the opera singers. The acoustics of the Metropolitan Opera House are incredible, so you’ll get to enjoy the full glory of the sounds.

The NYC Metropolitan Opera House is also notable for the sheer quantity of operas on rotation every winter season. There is always something fabulous to see. Since every seat is situated with a translation screen (which you can turn it off if so desired) you’ll be able to follow along with the story, regardless of language. And opera glasses (available for rent on site) are more than a fabulous accessory—they will help you see the details if you get seats far away.

If nothing else, going to the opera is a fabulous excuse to dress to the nines! Put on your finest and indulge in a glass of champagne at intermission, why don’t you?

Some of the operas showing at the NYC Metropolitan in the 2019/2020 Season include the following:

To whet your appetite, here is a synopsis for a few of the operas on stage this winter:

Akhnaten is touted as a modern masterpiece, written by Philip Glass. The story follows the life of Akhenaten, the ancient Egyptian ruler who revolutionized Egyptian religion by introducing the Sun god as the one God.

La Traviata is an Italian opera by Giuseppe Verdi. It is a classic love story and drama that tells the story of a courtesan in Paris who falls in love with a young man. Because of his family’s objections they are torn apart, and tragedy ensues.

Agrippina is a dark comedy by George Frideric Handel about the abuse of power. Set in ancient Rome, it tells the story of Agrippina, the wife of the emperor Claudio. When he dies, she is obsessively focused on making her son, Neroni, emperor.

After you’ve seen all the operas that NYC has to offer, The Philadelphia Metropolitan Opera House also hosts occasional operas that are worth checking out.

There’s no place like Broadway. Another beauty of living so close to NYC is the absolutely fabulous theatre district. Broadway includes 41 professional theatres, all within the theatre district of Manhattan. Each theatre has 500 seats or more.  You’re bound to find plenty of wonderful shows to satisfy you any night of the week.

Here is a sampling of a few of the choice musicals you can see this winter season 2019-2020:

A comedic musical written by the creators of South Park, Book of Mormon has become something of a classic. About two Mormon missionaries who go to Uganda to convert locals and are confronted with Aids, poverty and violence. If you’re familiar with South Park, you know nothing is sacred to the writers who poke fun at everyone, and everything.

Described by Lisa Schwarzbaum at Entertainment Weekly as “a spectacular, rather perfect Broadway musical not only grounded in a serious love and understanding of the traditions that make a Broadway musical great but also filled with love for the very flawed, mortal characters who populate this romp.”

Hamilton is something of a spectacle and has taken the world by storm. About the founding fathers, this play follows the incredible life of Alexander Hamilton. An orphan born in the Caribbean, Hamilton immigrates to America, fights in the War of Independence, founds the first bank in America, helps write the Declaration of Independence, and is appointed by George Washington to be his Treasury Secretary. Sex scandal, bribery and duels make their way into Hamilton’s story too. A true experience you won’t want to miss!

The Phantom of the Opera

The Phantom of the Opera is the longest running show in Broadway history. If you haven’t seen it yet, join the tradition and see it performed this winter. Based on the 1910 horror novel by Gaston Leroux, this play follows the mysterious phantom—a deformed composer—and the beautiful young opera singer who is drawn to the murderous but brilliant man behind the mask. Romantic, mysterious and frightening, this play will draw you into a strange world.

The new Broadway show, Frozen, based on Disney’s movie of the same name, is a fun one to see in the winter, since it follows the story of an ice witch and her sister. An adventure that ultimately leads to family and love, this is a great one to see with the whole family.

This is just a sampling of plays on the docket for this winter—a few others you may want to check out this season include Beetlejuice, Chicago and Oklahoma!

Philadelphia can also boast a seriously vibrant theatre scene, with diverse theatre companies that perform everything—including the classics, the modern and original pieces.

If you’re craving a holiday classic you could see A Christmas Carol –there are several venues where you can view this treat in Philly: The Lantern Theatre Company and The Delaware Theatre Company.

This season they’ll be showing Bone on Bone from 9 January to 9 February, with regular performances every weekend (Thursday through Sunday).

Bone on Bone is a world premiere by Marylou DiPietro. It is about a NYC couple who, after 35 years together, are at a major turning point that could take them in different directions when Linda is offered her dream job in another city. Neither want to get divorced, and yet neither wants to sacrifice their chosen path.

Pollack Theatre is another theatre close to Pier Village condos for sale and it’s worth keeping an eye on the calendar for shows here. Located on Monmouth University campus, a visit here is a lovely way to spend the evening. They’ll be showing Black Like Me and Spinning Tales of Cinderella in February. They also do regular screenings of select operas from the Met, such as Akhanten and Wozzeck—so if you can’t make it to the city for the live thing, don’t worry—you’ll still have a chance to catch it here! 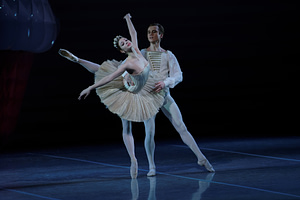 If dance is more your thing, you’re in luck too—the holiday season is also full of spectacular dance performances! Two very different holiday season classics include The Nut Cracker and The Rockets—both celebratory ways to feel the cheer this season.

The Nut Cracker is a simply beautiful ballet set to Tchaikovsky’s incredible score. To see the classic, and mighty beautiful rendition, the New York City Ballet performs at the Lincoln Center.

However, there are literally dozens of renditions and interpretations of The Nutcracker, so if you’re feeling adventurous, check out another version. The Hip-Hop Nut Cracker, for example, is rapper Kurtis Blow MC’s version of the classic—complete with hip hop dancers and beats. It’s showing at the New Jersey Performing Arts Center in Newark, New Jersey. Or for something even further down the rabbit hole, check out Company XIV: Nutcracker Rouge, put on by Theatre XIV. This risqué version includes clowns, partial nudity and operatic singers.

For a different kind of dancing spectacle, you must see the Rockets at the Radio City Christmas Spectacular! The synchronized, precision dancing is both spectacular and awe-inspiring. With flying Santas and plenty of legs, this glitzy spectacle is always a pleasure.

The Show Must Go On!

Just because it’s cold outside and you’d like to be cuddled up under blankets, the show must go on! This article didn’t even begin to touch on all the spectacular theatre sightings possible for you this winter! Philadelphia, for instance, is as full of opera, dance and theatre as NYC.  And, of course, there are plenty of wonderful local performances near The Lofts Pier Village condos for sale. So get out there and soak it all up!

Get Cozy This Winter in Condos for Sale in NJ Shore